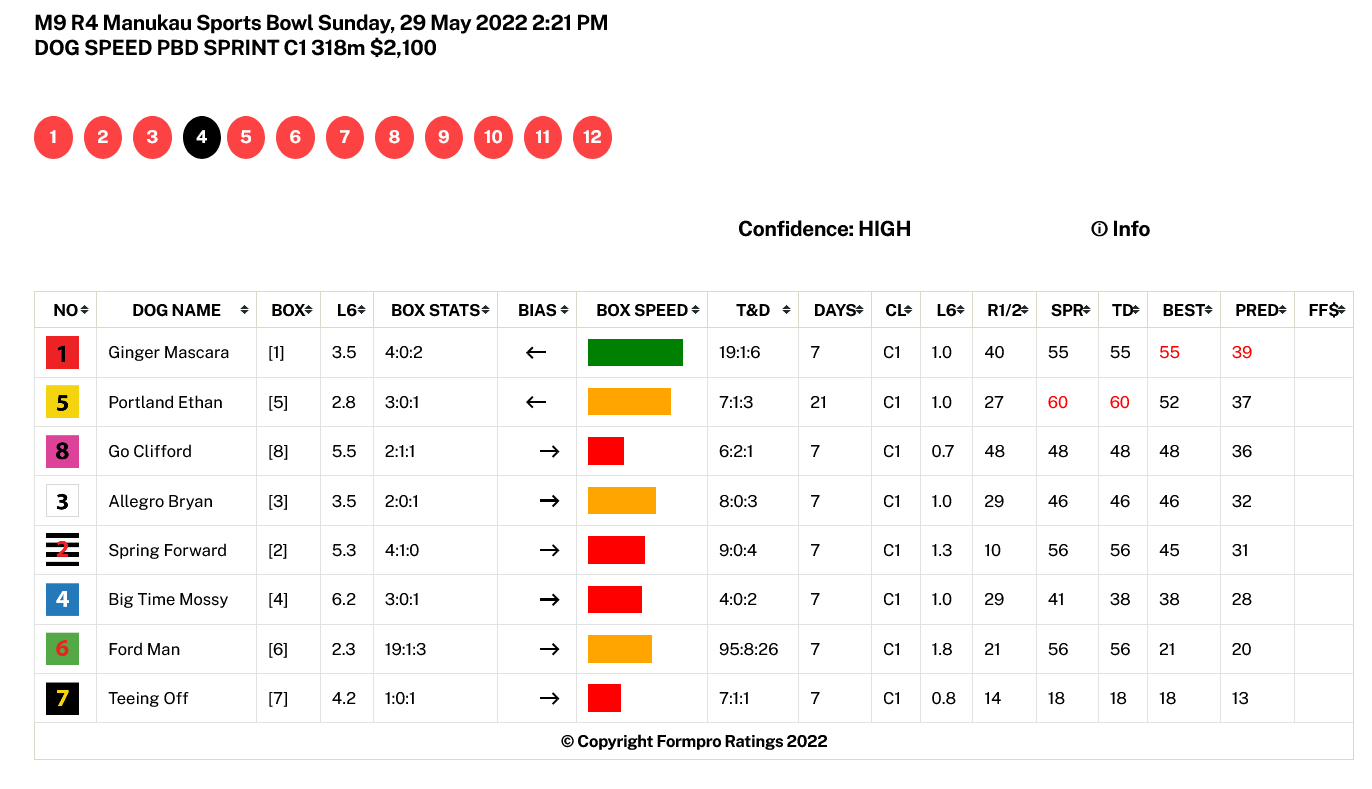 With the site refresh largely under control, the focus can now turn to adding some new data and functionality.

The Greyhound Predictor has been a feature of the Ratings site pretty much since it was first released.  It’s pretty simple – it takes a weighted view of the different ratings – but it consistently finds winners.  With few exceptions, the average weekly success rate for the top rated runner is between 25-35% but it has been higher than that just recently.

The initial data values are pretty self evident – number, name and box.  Box stats likewise are pretty obvious – starts, wins, and places for the respective box.

CL is the class of the last race, R1/R2 is the best rating across the last two starts while the next four are “best” ratings – best at the distance (sprint, middle, or staying), best rating at the track and distance, best career rating (peak) and finally the predicted rating for the race.

I’ve just added two new values which should prove to save members time – confusingly both are labelled L6 for Average Last 6 Starts but let me explain.

The first column next to box is the average box over the last 6 starts.  It can help find a dog that might have good inside stats but has been stuck out in wide draws.  Portland Ethan (5) has drawn box 1 three times in his last 5 starts which explains his low average.

The second L6 column is next to Class and does a similar thing – it simply averages the class raced in the last 6 starts so we can quickly identify dogs who have recently downgraded or alternatively have recently stepped up the grades.  In the example screenshot, you’ll notice Teeing Off and Go Clifford both have an average less than 1 so both have recently moved up from Class 0.

When we have more time, we will add help videos for some of the more popular options across both codes.