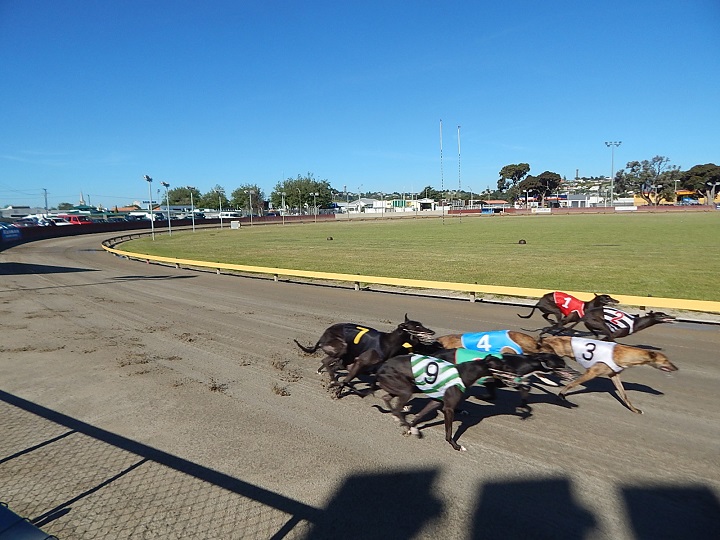 Selections for Tuesday, 12 May racing at Palmerston North (M3) and Addington (M9)

Hopefully, we will start to see more consistent form out of Addington in particular although there are still lots of dogs having their first run in 2 months. First time back at Palmerston North although many here will have had at least one run at Hatrick.

Unlike Jacinda, we won’t go hard and we won’t go early. A few bets for interest while we keep our banks for when the form settles.

Four races, 1 wins, 2 seconds, and a third. Not a standout day but the confidence is returning as the dogs get back into their regular patterns.

He was close to making the best bets on Friday but first start back after a decent break was the concern. Before the lockdown, he was being targetted at the middle distance races but in my mind he’s a lot like Trojan Hoarse who struggled to get the top end of races. He’s not electric fast out of the boxes but based on his previous 410m races he should be able to get to the rail from box 1 and be too strong from there. Not much value but should help with multis.

Second. Looked to have his chance but didn’t finish off the way we would have liked.

All but Kate have had at least one run back which should help. Fairy rates on top and has a great record over the 410m at Palmerston North (4 wins from 6 starts). She’s drawn 7 but that shouldn’t be an issue as her two best rated races have been from boxes 6 and 8.

The Hoarse just keeps on winning and there’s no reason he can’t win today. Famous last words, but only bad luck or more to the point, a slow start look the main dangers.

Third. Famous last words indeed … just didn’t get away as well as he can and then got a tap from behind.

Not a big confidence bet, but I think there’s a fair bit of overs with Mothers Touch. She had no luck with her resuming run but seems to run best drawn away from the rail. Yasawa Lights hasn’t performed yet at Palmerston North so clearly there’s an element of confidence he can improve but he would need to based on his previous starts. I think the $1.45 is too short especially when you can get $2 fixed place on Mothers Touch who has placed in 14 out of 19 starts at Palmerston North.

Close – the $2 fixed place money ended up being excellent value especially in multis as the short priced favourite was never in the race. A pity Mothers Touch couldn’t hold but we got a run for our money.