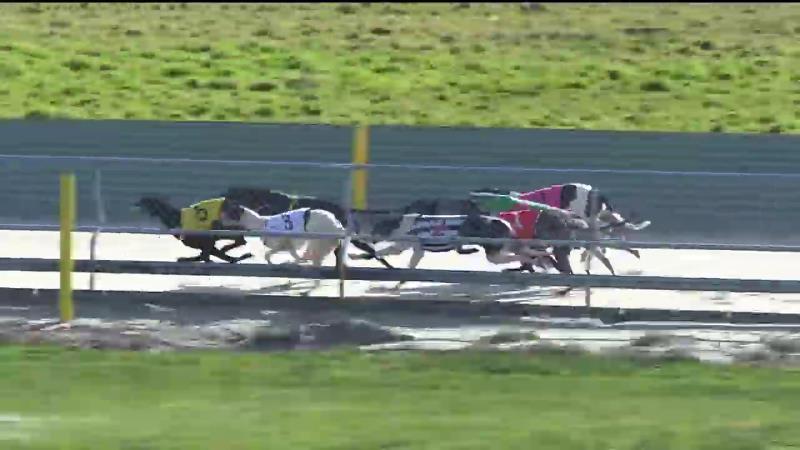 Selections for Sunday 10 May at Manukau Stadium

9.Buddy Boom gets the nod from box 7 as he rates on top in the Predictor over Carbon Tiger with daylight to the rest. Plus Carbon Tiger is a big fella and is likely to be found wanting over the last bit where as Buddy won’t be. RP $1.70, $2.20 Ff

1.Fernando Charm in his last 5 starts he has drawn box 7 or 8 and in nearly all of them he has jumped evenly but been forced over extra ground or got a bad run. Last Thursday he drew wide and jumped on the lead but three others did as well and he did well to run 4th in an adjusted time that would have beaten many C1 dogs that day. So back in box 1 with his usual beginning, he can lead all the way. RP $4.00, $6.50 FF

7.Grindelwald  is an import that has shown early speed so in a weak field with a good beginning should be the main danger.

1.Stay Rich should be able lead clearly here with the 2 and 3 dogs veering out causing havoc early. When she resumed on Thursday she began well but got checked into the first bend and lost her chance but she came back nicely. If the winning post was 30 metres short of where it is today, she would be a $1,50 chance but it will be that last 30 metres you will need to ride her a bit harder to hang on.  She has the third fastest time round here. RP $6, $11Ff

The speed map shows plenty of early speed from 1-2-3-4-7 with 4.Ashen always pushing wider into the first bend so dogs outside it will be in trouble.

5.Miss Claude has the two best adjusted times here in the last 6 months and if she pings fresh up she can upset these dropping back in class. RP $7, $11 FF

1.Dignity Dented  likes the rail and from box 1 should get his chance. Began well last Thursday from this box and ran an improver’s third at Cambridge where he ran wide on the last turn. But he rails much better here so just needs a clean beginning to be right in this. Has the best time of these here over a sprint in the last 90 days. 2 dog tends to veer out, which will help. RP $3.00, $3.30 FF

The speed map shows 7 and 5 leading out with the rest looking very even in behind to the first bend.

5.Ginny Weasley maps to lead and based on her last Thursday’s run where she drew box 6 and pinged out and was 2nd outer, then loomed 70m out as though she was going to win but battled but still ran one of the fastest adjusted times all day. She has to improve of that and ran a very good third here over 527m when leading out and just tired late. She has the best sprint adjusted time in the last 6 months so just needs her usual good beginning as the 7 dog stays out and be the one to beat. RP $3.00, $3.50 FF

Multi of the Day