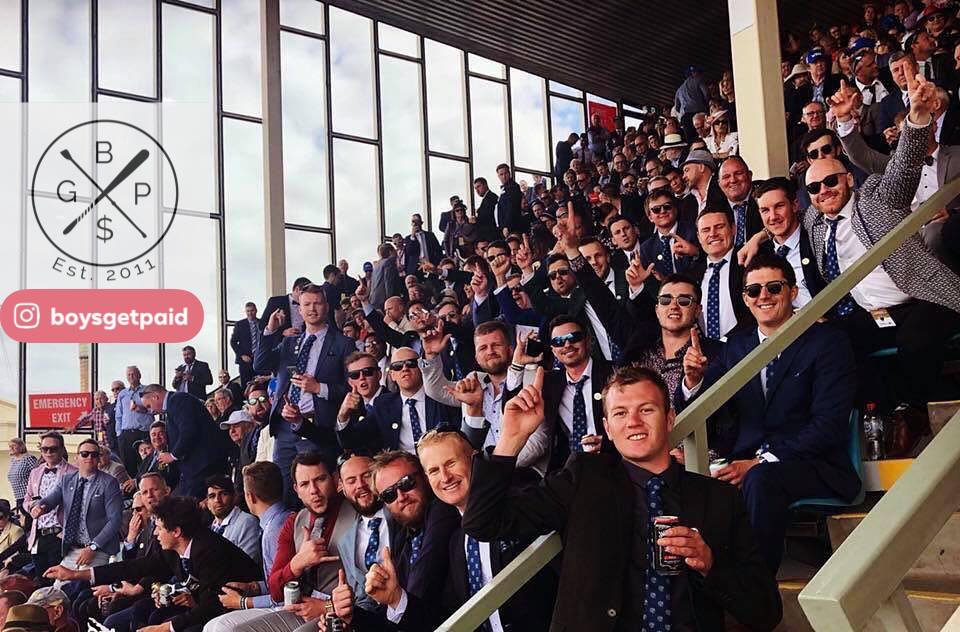 Some of the boys and girls will be getting a little excited on Monday with the eagerly anticipated first start of Boys Get Paid.

There’s no guarantees in racing (ok, let’s forget about Melody Belle for a moment) but the Boys and Girls will be quietly confident of a first up win.

Let’s have a look at that competition.

First off, as a race for runners who to all intents haven’t won a race, there is a lack of exposed form.  Just half the field have had a crack at the 410m at Palmerston.

Sprint distances are pretty much all about the start.  As they say (I’d don’t know who they are by they do say it!) box speed is gold.  In other words, first out first home.  At Palmerston over the 410m, 45% of races are won by the dog who leads at the end of the back straight.  The winner has been found in the first three in 78% of races.

The two best options outside of BGP look to be from the dominant Coles kennels.  They’re big time winners.  (You’ll get it soon).  Big Time Ivy is in box 2, Big Time May is in box 6.  Both ran last week in the equivalent race and finished 3rd and 4th but the time of the race wasn’t anything to worry about.

Big Time Ivy is a bit of a worry.  Remember the Rocky Horror Picture show?  Step to the left and then a jump to the right?  That’s Ivy.  She’ll take a couple of steps to the left off the start and then indicate right.  Without looking.  She’s not the quickest out of the boxes so that could help.  She’s had two starts over the 410m for one placing.

Big Time May (given she’s yet to win perhaps Big Time May Not??) has run once for no placing.  Interestingly, she’s had 3 placings out of 7 lifetime starts and all three have been in the outside two boxes.  So perhaps she will appreciate box 6.  May does appear to like to run a little wider.

The other runner of interest is the dog in box 4 – just two starts and yet to show and speed out of the boxes.  So hopefully that gives us a bit of clear air on our outside although we will be watching to see what Ivy does.

Confidence?  Based on the pups trial, we know he can run a decent clip and that the others most likely can’t beat him in a match race.  However, there’s always a bit of luck in any racing and especially the case with greyhound sprints.  Our pup has yet to have experienced race day conditions – if he jumps and gets out front and out of trouble, confidence levels will be high.