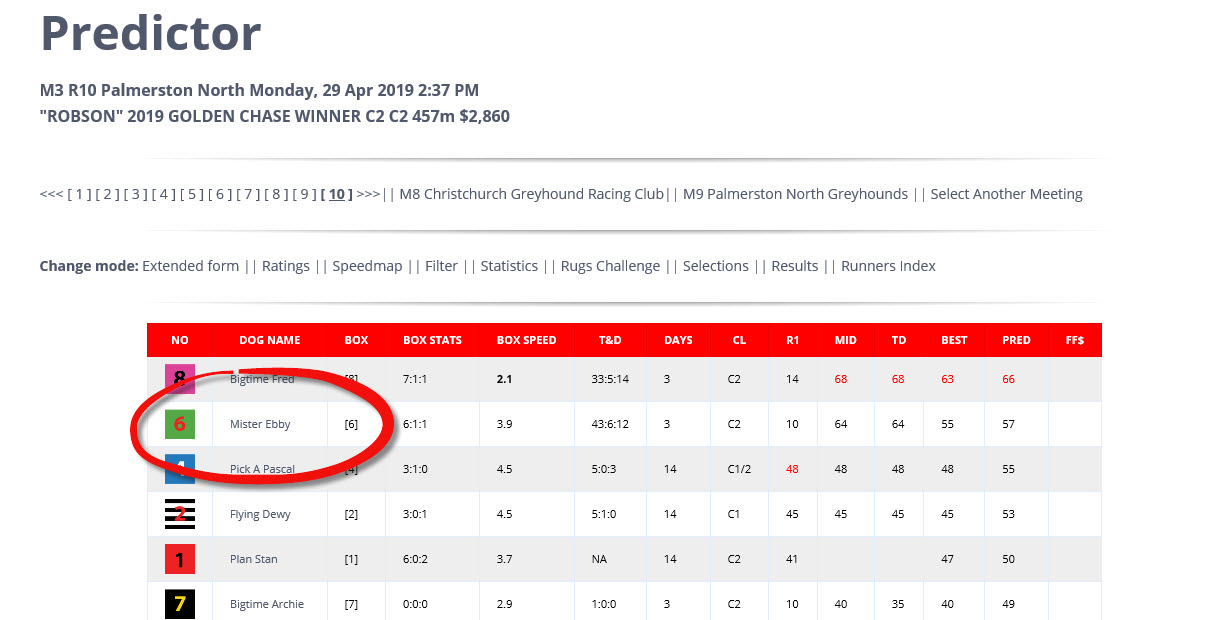 They say there’s no such thing as a free lunch but we’ve been doing the free ratings for the greyhounds for a few years now and there’s clearly a few people out there who enjoy a free lunch!

We had another good day with the recommended selections – our best bet won with daylight second while the lay of the day ran third without ever threatening to win.

For some, the highlight of the day was the last race of the first meeting – M3 Race 10.

Mister Ebby went around largely unloved by the general punting population offering over $23 on the tote.  The second outsider was paying less than $15.

Yet users of the ratings would have noticed a few things:

Sure it’s easy to be smart after the event but all the above information was available to anyone before the race and entirely free – thanks to our friends at the Palmerston North Greyhounds.

And for those that like the exotics, the Predictor had the three runners who made up the $350 trifecta ranked in the top 3.

We’ll be back again next Monday with more free ratings or you can purchase a greyhounds membership plan for around $1 a day.