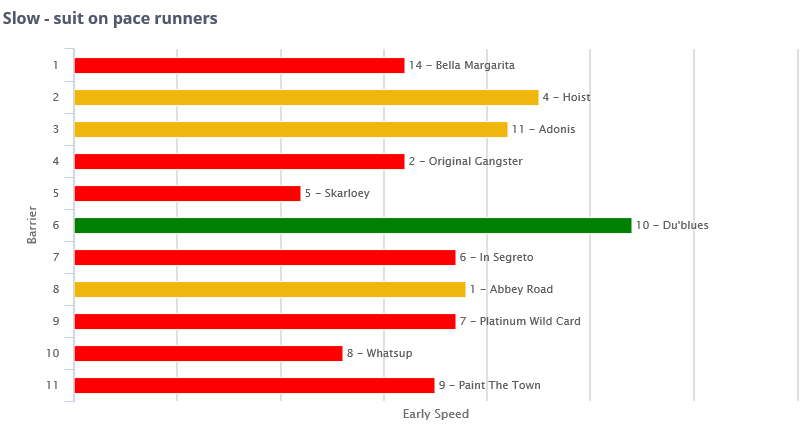 It was another great day for the speed maps on Saturday with some outstanding results at Awapuni.

While we understand not everyone believes there is such a thing as a track bias, the stats demonstrate comprehensively that front runners have a much better chance of success than back markers.  Ignoring any possibility of track business, it makes sense that backmarkers are more at risk of copping interference and have to go round runners or wait for gaps.  Front runners clearly don’t have these challenges.

Saturday was definitely one of those days where the front runners were finding an edge.  Here’s the results for one horse in each race that was mapped to lead:

Speed maps come as part of our racing ratings plan for $1 a day on a monthly plan.